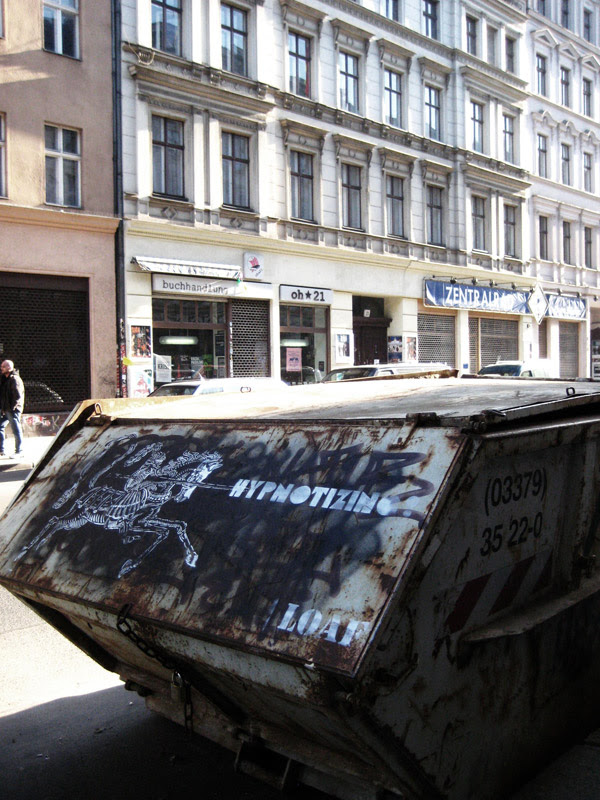 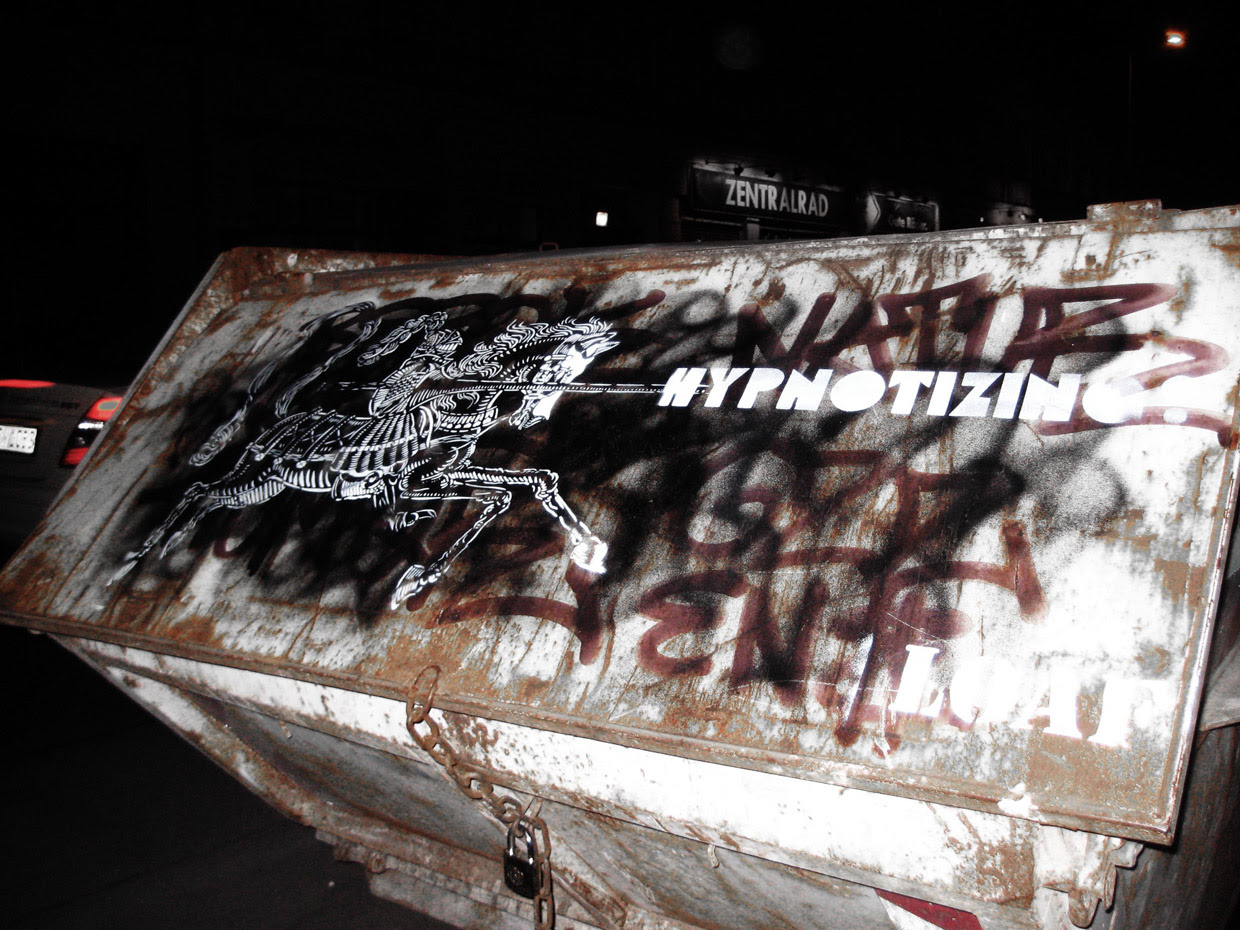 after painting this stopped a taxi to pick me up because i was completely drunk and had no idea where i was. it took some explaining before he let me in his cab and he was pretty pissed about all the white paint and glue all over me and my supplies. i was wearing all black so he didnt notice that i was more covered in black paint than white. he asked me where i wanted to go and, because i was completely drunk, i forgot where i live, but i often forget it when i'm sober, so it's not so strange. i then asked him where we were. he told me, and i realized that i was sitting in his cab on the other side of the street where i live. so i told him that i would be getting out the other cab door. i began to climb out of the car and into the street and before he could say anything a guy on a bike ran into the door. fortunately for him i think he was drunk too and didn't seem to notice too much as he got up off the ground ran to his bike and made off as if it were his fault. in the end the taxi driver was not very happy with my performance and i would have tipped or even payed if i had thought to bring any money with me. sadly i could only leave him and his mercedes with a paint-stained interior.